Trivia: She has a heart condition called tachycardia.

Quote: “I don’t care what the media says because I don’t Google myself, so I don’t know what they say, and I don’t care because it’s a bunch of people that maybe one time in their life, they dreamt about being a journalist, and then they became what they are.”

Take it or leave it but Miley Cryus is one of the most talked about women in ALA. ALA students have been fascinated by her incredible transformation from cute Miley Cyrus to Crazy Miley Cyrus. We’ve been amazed by her twerking, her tongue, and her awful rap lines. Of course there are different opinions on Ms. Cyrus. Some say she is a wrecking ball and others say she can’t stop being herself. 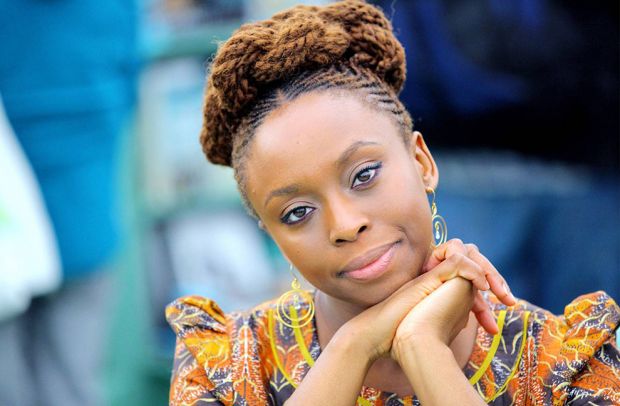 Purple Hibiscus, Americanah, The Thing Around Your Neck and the great Half Of a Yellow Sun are the books that Chimamanda Ngozi Adichie has published. She is an incredibly talented writer and has received awards and acclaims for her books. The most recent is the New York Times mentioning ‘Americanah’ as one of the 10 best books of 2013. There is no fact that she is a topic of conversation on the campus. We love that an African Woman can have a voice that is heard and respected.

Trivia: She is survived by three children; Waweru, Wanjira and Muta

Quote: “Throughout my life, I have never stopped to strategize my next steps. I often just kept walking along, through whichever doors open.”

The best word to describe Wangari Maathai is ‘Inspirational’. She started the Green Belt Movement in Kenya. An organization focused on environmental conservation and women’s rights. She was the first East African Woman to earn a PHD and the first African woman to receive a Nobel Peace prize. She is definitely talked about at ALA especially in regards to the power that women have to make change. She even has a seminal reading dedicated to her so we have to talk about her. We appreciate all she has done and may her soul rest in peace.

Quote: “I don’t like to gamble, but if there’s one thing I’m willing to bet on, it’s myself.”

Beyoncé is certainly one of the most talked about women on the ALA campus. With the release of her visual album, ‘Beyoncé’, she has become a topic of many conversations. These conversations range from how sexy this album is to her daughter Blue Ivy. She may very well be the most talked about woman on campus. ALA students want to watch the videos from her visual album and we often hear the songs ‘XO’ and ‘Drunk in Love’ being sung throughout the campus. Beyoncé is certainly riding her ‘surfbord’ to fame in and out of the ALA campus.

Trivia: Lupita played the part of Ariya in the Kenyan Miniseries, Shuga

Quotes: [on retaining overnight the elaborate scarring makeup on her back, incurred in the brutal sexual scenes with the sadistic plantation owner] They were haunting. I could only sleep on my belly. I was just so aware of them the whole night. I remember fretting and weeping, and then it occurred to me that my discomfort was temporary, and the woman who I was playing, her discomfort was permanent. It just really centered me, and really quieted my soul for the next day’s work.

Lupita is not only talked about in ALA but by the rest of the world as well. Her incredible performance in 12 Years A Slave has shot her to stardom. Lupita has won several awards for her performance as Patsey in 12 Years A Slave and is nominated for the 2014 Academy Awards a.k.a Oscars. She is a dark and beautiful African woman and her looks have earned her the cover of numerous magazines including Vogue Italia. She is also the new face of the fashion brand Miu Miu. Lupita might have been a slave in her breakthrough movie but she is certainly not a slave to life. 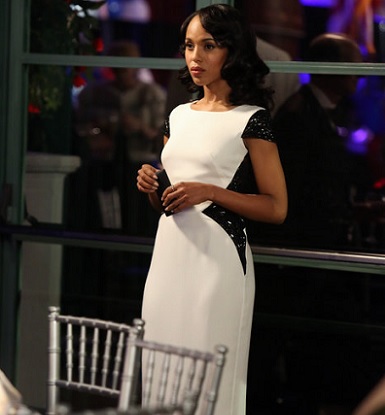 Quote: “I have so many questions I want to ask you but I’m afraid you’ll kill my friends if I do. So you know, let’s just talk about the weather or uh how I can’t form attachments to people because my mother is dead and my father is that thing that goes bump in the night or…you pick a topic.”

Quite a few members of the ALA community watch Scandal and how can you not watch Scandal without talking about Olivia Pope. She is the smart, attractive, strong willed, and daring. Olivia Pope is what many females on the ALA campus want to be, except that she is having an affair with the president of the United States. But you never know, some girls on campus may want that too.

One thought on “Most Talked About Women at ALA”