Note: This was originally a guide sent out to the first year students of 2013, by a concerned second year. May the enjoyment he got writing it, be the same joy you have reading it.

So, you applied to get into ALA and fought your way through applications, finalist weekends and thousands of competitors, and finally, you have reached the top. Now, you are about to get a great education, a space on the Fortune 500 and maybe start up that space program. Easy, right?

Not exactly (although, if you have the means to start a space program, don’t let me stop you). Coming to ALA is going to be a major transition for most of you first years.

Therefore, I have decided to give you a head start against the challenges of ALA, and save you the having to distraughtly call your parents using South Africa’s ridiculous international tariffs. So, let’s begin!

As ALA students, most of you probably are coming from schools where you used to thrash the competition, or at least hovered around the top 10. So most of you are probably going to expect to glide through ALA’s ranks too, right? Well besides the fact that we don’t have an official leader board, you are among about 90 other top level students from around the continent. Not everyone is going to make the top ten.

While this is going to bother a number of you (it occasionally bugged me), it honestly shouldn’t. While you should strive to be your best and be aware of how others are performing, it should not consume you to the point that you threaten murder every time your friend scores 2% above you in calculus.

“You couldn’t just get question nine wrong, could you?”

By no means am I saying that you should sit around not caring about how you perform in and out of class. I do not advocate laziness or senioritis (consult glossary), unless it is for a legitimate reason. Like if you just got put in the hospital by Bigfoot. Or you won the lottery.

Instead, you should take it as an opportunity to learn about the kind of people who you are probably going to both work and compete with the rest of your life. And let’s be honest: victory against an idiot is far less satisfying than against a guy who built a windmill by just looking at one in a physics book.

Now that we have that slew of new competition around, what does that mean for you? No, not banana sundaes. It means more work! Okay, maybe a few banana sundaes, but you’re paying.

One of the things that will become pretty clear about ALA is the fact that your schedule is insanely hectic. Another thing that is made apparent is the fact that this is pretty intentional (or at least on most occasions). One of the statements that made this clearer for me was when someone had enquired as to why we get so much work. The response was simple: the staffulty (consult glossary) dislike seeing us being inactive.

That was it. And it made things a lot easier for me. The thing is, at ALA, you always have something to do. You can finish all your assignments, study for all your tests, and fly to the freaking moon, but if you think you have absolutely no work to do, you’re just not looking hard enough.

”You missed a spot.”

If hard work was a stick, ALA is about to hit you with the whole tree. A side effect of this is the fact that you won’t be getting much sleep in your first couple of actual working days (until you master the art of the powernap). Some of us deal better with it than others: personally, as long as I can scrape four hours and decent cup of coffee (which is surprisingly hard to find), I’m cool.

To be dead honest, I’m sure that most of you are expecting this, but I suppose it’s just safe to just include it anyway.

All of you reading this have an active internet connection, so click this link. Go ahead, I’ll wait. Have you done it yet? No, it’s not another one of those silly cat memes, just click it!

Alright, now that you have seen that, what did you learn about it? Immature? Check. Silly? Check. Pointless? Double check. But it also has kept my sanity in check (zing!) on multiple occasions.

The thing is, ALA dumps load after load of work onto you in quick succession, and if you don’t find some way of relaxing beyond that eternal spectrum of activity, you are already taking one step off the cliff of sanity. In basic, once in a while, you just have to flip the script.

“Or the table. Whatever floats your boat.”

My escapes include comedy articles and 3D modelling. Some watch an unholy amount of movies and series. Others just socialise or do sport. You just have to find your comfort zone.

A word of warning though: this point is meant to highlight balance, not partying yourself into a stupor every Saturday night. I honestly don’t want to see any of you get into trouble over impulsive decisions.

I will genuinely by shocked if you didn’t see this one coming. Remember, the school’s name is African Leadership Academy. Developing future African leaders. If you have forgotten this, the school will make sure to take every single opportunity to remind.

Of course, leadership is going to come in there too. Basically so that we can later show that Africa is more like this: 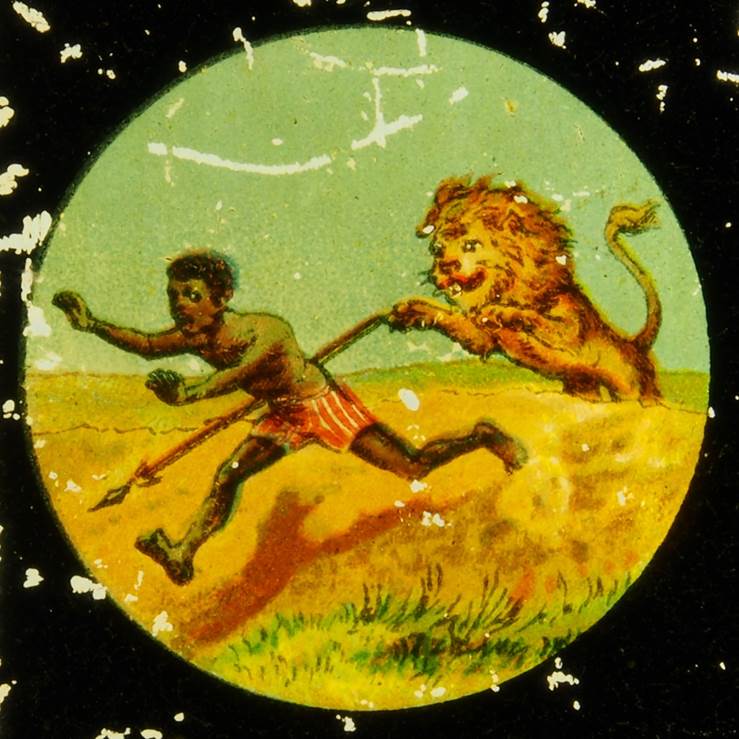 So, yeah. You should probably start memorising the ALA values.

This one is probably my favourite, because most of you won’t even notice that it is happening until you’re thrown back into your old society(read: go home for the holidays). Despite the fact that ALA drills self-reflection into your brain at every opportunity (we have an entire day dedicated to it), I found that I could only really see all of my changes when I was around the people I used to spend all my time with.

“After drills, you will all write a 600 word essay on how sweating affects you emotionally.”

This will affect all of you in various ways: some of you will listen to more P – Square. Others will find themselves arguing with their neighbours about the benefits of buying imported beverages for the annual Christmas Party. I just started to speak out more. But in the end, ALA is going to change you, likely for the better.

Often, the people in your homes will notice this change, and will react in different ways. I cannot lie to you, and say I know exactly how they will react, but it is always best to be prepared for those reactions, as they can sometimes be rather negative.

You know, this next statement is probably a little controversial, but I’ll go with it anyway: if you leave ALA without having accomplished anything, it’s your own fault. Not even some of it, all of it.

The thing is, for all of the stuff that ALA puts you through, like long hours, mountains of work and sudden last minute meetings, it is also one of the most supportive communities that I have ever so much as glanced at. You see, for all the work you do on the forefront, there is a dedicated, hard-working staff working for your benefit in the background. This ranges across a plethora of fields, and as such, ALA is one of the easiest places to launch things such as community projects and (smaller) business ventures. In fact, if you had the drive and the know-how, you could probably start a space program. I am actually holding my breath for the student who does that.

As such, if you were incapable of managing to do something of at least some significance, even if it was just piloting a tiny project, you have absolutely no one to blame but yourself. With all of the mandatory programs, things should honestly never come to this, but there have been cases of students leaving ALA without achieving a single thing. While they are not recent, I do not want to see history repeat itself. For your sake.

I can’t even think of any relevant funny pictures to add to this.

But that’s it. All I’ve got left is fart jokes, and I for my dignity’s sake, I won’t stoop that low.

Now, on to the mighty glossary!

1. Senioritis: a condition often found in second year students near the end of the academic year that causes severe apathy and laziness. While common late in the year, it is not unheard of for it to be found earlier. Cases of first year victims have been recorded.

2. Staffulty: a word often used to refer to both the faculty and staff of ALA.

3. EL: entrepreneurial leadership. Often refers to the mandatory leadership class of ALA, but can also refer to the department which runs it.

4. Prep: a two hour period designated for studying, though the word ‘studying’ is often switched with ‘watching movies’ near the end of the year. Was between 19:30 and 21:30 last year.

5. Ex Opp: external opportunity. Refers to the off campus opportunities, such as seminars, workshops and competitions, listed weekly by the external relations team.

8. Hall: The residential halls that each student is allocated to. There are eight in total, with four between each gender. Male halls include the Office, Classified, Jeshi and Titans. Female halls include Athena, Malaika, Les Femmes Gaga and Twawana. Each has a somewhat unique identity, defined by those who occupy it.

9. Res Fac: refers to the residential faculty member who leads a hall.

10. RA: Refers to the second year student who leads a hall.

12. Advisory Family: A ‘family’ of sorts, composed of between five and seven students of the same year group, and an advisory parent out of the staffulty. This group engages in many family activities throughout the year, and is built to be a support system for the students within them.