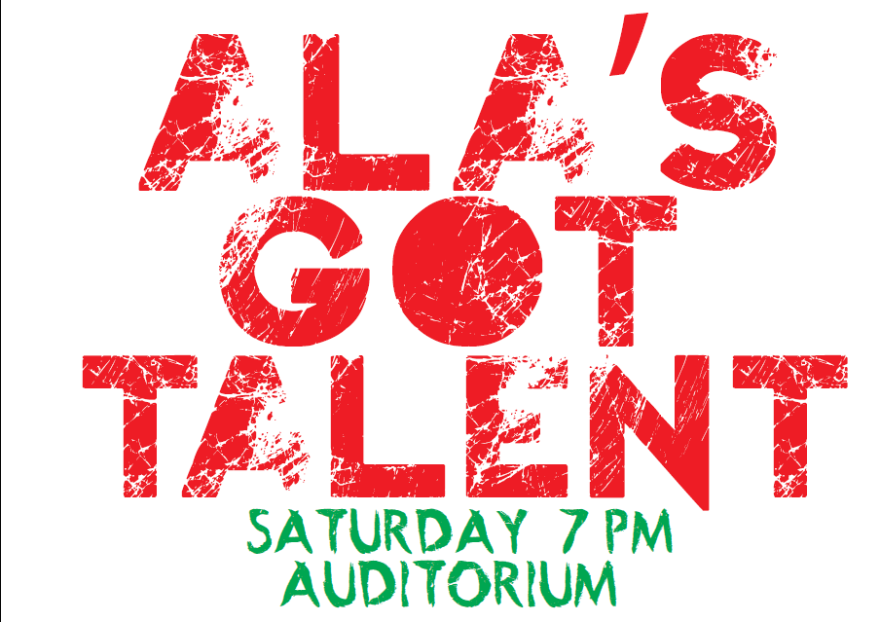 Last Saturday was the day of the first annual ALA’s Got Talent, or was it?

The night started off promisingly besides the fact that the auditorium was half empty, oh no, half full. The lights where on point, the contestants had hair and make-up done by Ten50, and they were all ready to rock the stage. The MC’s for the night looked amazing; Soala Ekine and Maureen Iminza Mbwaya looked flawless and were clearly ready to present an amazing show.

But we were let down. Technical difficulties began when contestant Ella Okoli was about to perform. The MC’s did an amazing job at improvising, but the night refused to get better. From cables sparking and burning out to the Eskom power cut, the night died down.

Upon leaving the auditorium, many viewers had a lot to say:

“Man, it was just getting interesting”

“The performances were good though”

“The night was interestingly boring”

“Can we watch a movie in my room?”

Those are little excerpts from the many conversations that were happening around the auditorium. So Saturday B turned to another boring old Saturday on campus.

However Entertainment rep. and CEO of Tamasha (house of entertainment), Babatope Aiku announced that the show would take place this week. We sure hope that things will go better than they did this week and we look forward to more performances. Hopefully this time it will be a full house (fingers crossed). We look forward to a better night with amazing perfromances. #TurningAllTheWayUp