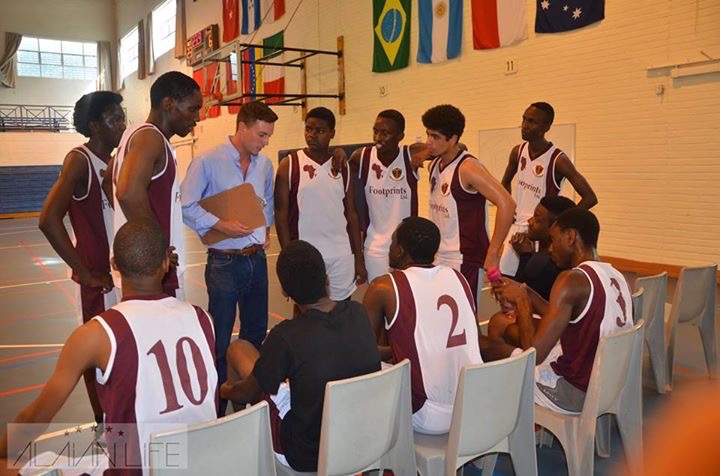 ALA participates in the Gauteng High Schools Basketball Cup. In the first fixture of the Cup, on the 27th of January, ALA took on Wendywood at home. If you recall, at AISJ one week ago, ALA stumbled to the AISJ Eagles. As such, the teams were under pressure not to fall once again.

In the male fixture, ALA defeated Wendywood 22-14. The female fixture saw Team ALA dominate against Wendywood and ended 19-6. First year Kenyan, Michelle Nandi was one to watch and we might be safe saying we’ve got our own female Steph Curry.

On the 28th of January, Team ALA’s male team went over to AISJ for the AISJ Basketball Cup. In the opening group game, ALA faced St Peter’s.

The game initially started off and then was temporarily called off due to unsuitable weather conditions. When the weather did behave appropriately, Team ALA returned to the court. At half time, ALA led 6-5 with First year Burundian, Regis Isirahenda coming up big and putting up all the points. The second half however, saw ALA play with the kind of intensity the likes of Jesse Johnson, Toby Nxumalo and Tino Chijaka brought to the court last year and it soon paid off. Team ALA forced turnovers and converted on the fast break while maintaining a high shooting percentage. As such, Team ALA triumphed 23-9.