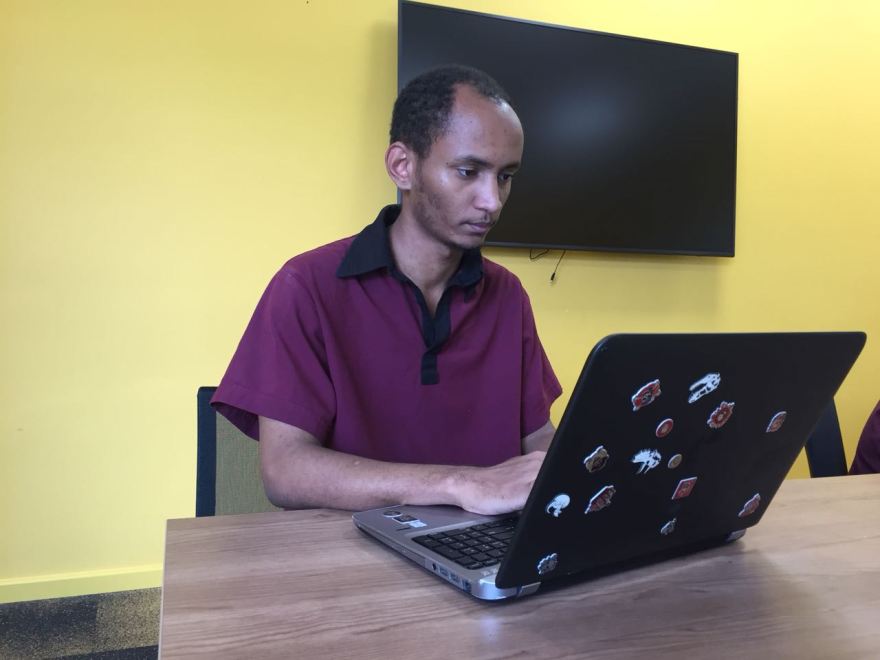 Born and raised in Hawassa, Ethiopia is a budding future scientist Yetmgeta Shimekit Akilu. He was raised by his single mother and grandmother. His mom was able to send him to school which opened the way for him to come across the works of giants like Max Planck, Niels Bohr, Gregor Mendel and Albert Einstein. He saw the persistence, brilliance, and artistry in their work and was mesmerized. He then decided to immerse himself in his studies and not long after, he realized that he had fallen irrevocably in love with science.

Science became an outlet for him to escape his life in order to avoid dealing the very many collisions and challenges in his life. He took a dive into the realm of subatomic particles and molecules and found the world very fascinating and dynamic.

He says: “After learning a bit of quantum physics, my perspective on the world changed. I adopted the view that the world is vibrant and changing which gave me some sense of the infinite number of possibilities available in life. I was no longer the kid from the broken home nor the experiment gone wrong but I was the budding scientist with infinite possibilities. Even when life seemed sluggish at the moment, the thought that there is an infinite number of particles coming into existence from what seems to be an empty space motivated me to find a sense of purpose in my life through science.”

Although he is passionate about science, he is yet to put the limits of my passion to the test. It’s true that the giants he mentioned have been very inspirational and educative, but now as he is trying to make science his life, he hopes to have better scientists to mentor him at Vanderbilt University. He is hopeful that one day he will create the social impact to improve his community through science and possibly start a chain reaction that will seek to explore the secrets of the universe.